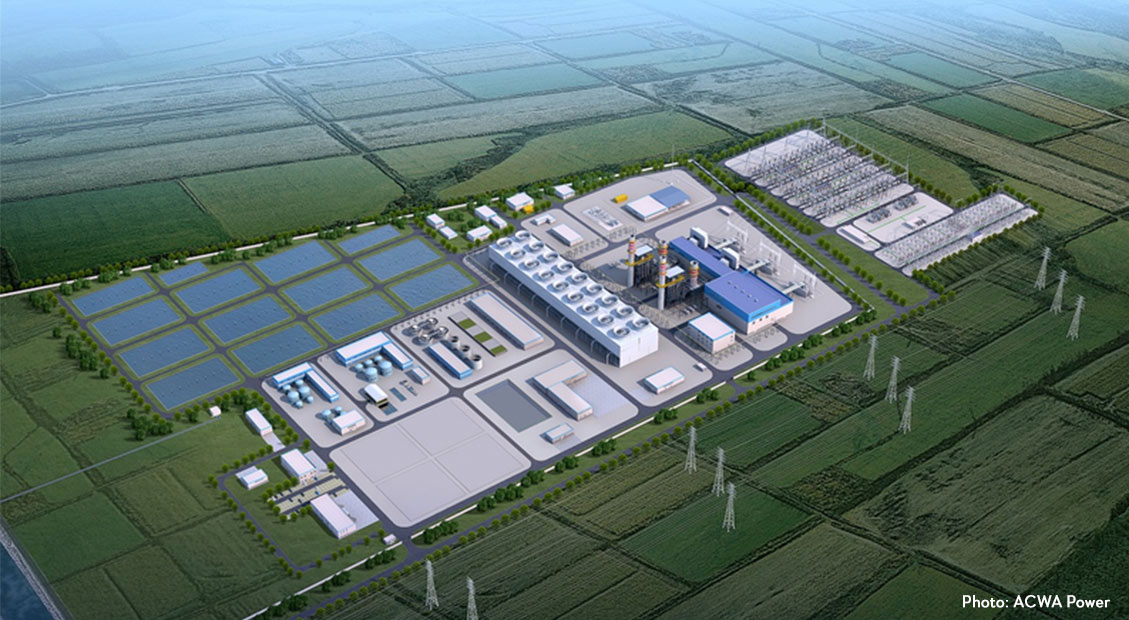 The Asian Infrastructure Investment Bank (AIIB) has approved a USD100-million loan to ACWA Power Sirdarya LLC to support the construction of the Sirdarya 1,500 MW Combined Cycle Gas Turbines (CCGT) Power Project in the Republic of Uzbekistan. The project, AIIB’s first nonsovereign-backed financing (NSBF) in Uzbekistan, aims to increase the availability of high efficiency gas power generation capacity in the country.

Uzbekistan’s electricity system faces major supply gaps (estimated to be 9.4 percent of the total electricity demand in 2019) and lacks the needed reserve capacity to balance the upcoming large share of intermittent renewable energy such as solar and wind. The construction of new, high-efficiency gas power stations, which would replace older and less efficient assets, is an important modernization step that complements the early growth of renewable energy.

The Government of Uzbekistan is implementing plans to meet the projected electricity demand and the long-term objective of ensuring reliable and efficient electricity supply while facilitating low-carbon transition toward carbon neutrality by 2050. The project is also in line with Uzbekistan’s Nationally Determined Contribution, which aims to decrease specific greenhouse gas emissions per unit of GDP by 10 percent by 2030 from 2010 levels.

“This project sets an outstanding example of a private sector investment in our lower-middle-income Member, which will support its transition to a competitive energy sector,” said AIIB Vice President, Investment Operations (Region 2) Konstantin Limitovskiy. “It is fully aligned with the Bank's Energy Sector Strategy and will help Uzbekistan to reduce the carbon intensity of its energy supply.”

The project is AIIB’s largest NSBF project in Central Asia and is the first large-scale independent power producer project in Uzbekistan to date, a product of the long reform and liberalization process of Uzbekistan’s energy sector. The project is being developed by ACWA Power, a developer, investor and operator of power, desalinated water, and green hydrogen plants in the Middle East, Africa, Central Asia and Southeast Asia.

Rajit Nanda, Chief Portfolio Management Officer, ACWA Power, said, “Our partnership with AIIB on the Sirdarya CCGT power plant in Uzbekistan (First such IPP of 1,500 MW) is a testament to the financial institution’s confidence in ACWA Power’s mission to provide power reliably and responsibly at the lowest cost possible. This project is yet another significant example of our commitment to supporting Governments around the world in delivering on their ambitious decarbonization efforts and energy transition journey.”

Along with AIIB, the other participating lenders are European Bank for Reconstruction and Development, OPEC Fund for International Development and DEG (Deutsche Investitions- Und Entwicklungsgesellschaft Mbh); with some commercial lenders backed by Multilateral Investment Guarantee Agency guarantees.

The project aligns with Uzbekistan’s national strategy and forms part of the Strategy of Action for the Five Priority Development Areas of Uzbekistan (2017-2021). Uzbekistan’s Carbon Neutrality Roadmap by 2050 also includes modernization of gas power plants. It will contribute to the modernization of critical energy infrastructure in the Sirdarya region through a private-public partnership model and will result in an efficient and reliable form of baseload generation installed capacity while contributing to more efficient use of domestic gas in the country.

The project’s technology-enabled features will also increase water use efficiency, helping alleviate water scarcity in the region that is aggravated by climate change. The technology adopted by the project is also expected to achieve much lower greenhouse gas emissions per unit of power generation compared with Uzbekistan’s power grid emission factors.

The Asian Infrastructure Investment Bank (AIIB) is a multilateral development bank whose mission is financing the Infrastructure for Tomorrow—infrastructure with sustainability at its core. We began operations in Beijing in January 2016 and have since grown to 104 approved members worldwide. We are capitalized at USD100 billion and Triple-A-rated by the major international credit rating agencies. Working with partners, AIIB meets clients’ needs by unlocking new capital and investing in infrastructure that is green, technology-enabled and promotes regional connectivity.

The Asian Infrastructure Investment Bank (AIIB) has approved a USD100-million loan to ACWA Power Sirdarya LLC to support the construction of the Sirdarya 1,500 MW Combined Cycle Gas Turbines (CCGT) Power Project in the Republic of Uzbekistan.