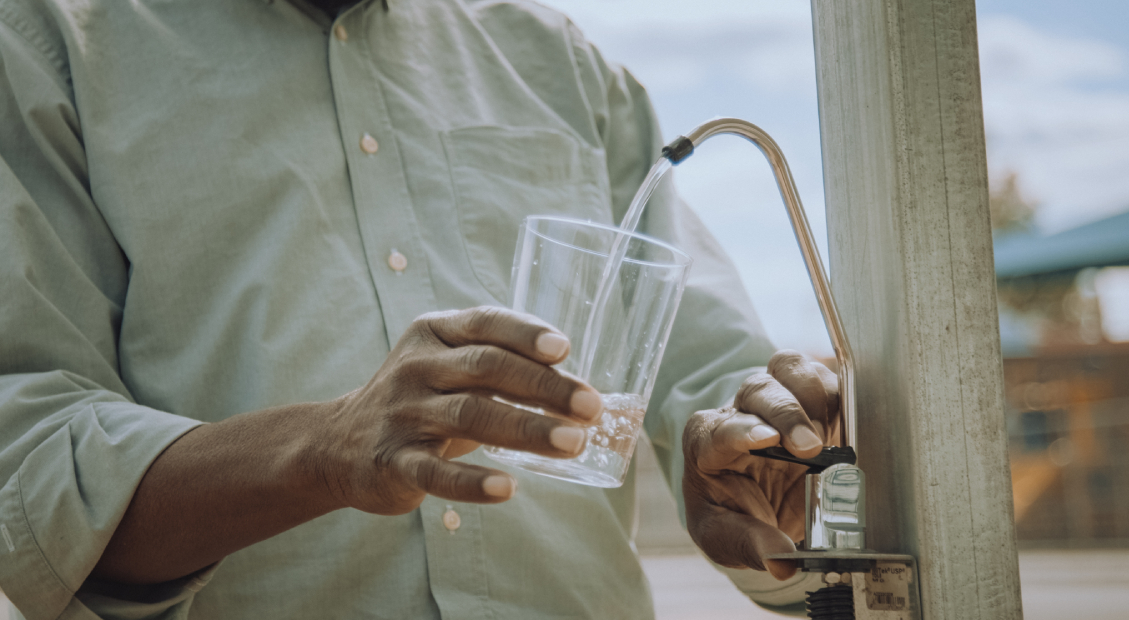 A project in Timor-Leste using solar technology to harvest moisture from the air and convert it to drinking water, funded by Lightsmith, a financing partner of AIIB
Photo © Source Global 2020

With extreme weather spotlighting the arrival of climate change, a unique new growth capital partnership is overtaking its peers to expedite adaptation to solve the problem.

Lightsmith Climate Resilience Partners, as its name implies, sees opportunity in scaling up new technologies for businesses and communities to better withstand adverse weather and bounce back from climate-related disasters. The consultancy Climate Policy International has identified it as the first fund to do so.

Lightsmith was launched in December 2019 by Jay Koh and Sanjay Wagle, two Harvard graduates with decades of experience in private equity and sustainable development.

Traditionally, developing technologies for adaptation to possibly irreversible changes in the climate has been seen as the preserve of governments and philanthropic foundations. Why is Lightsmith going against this consensus? According to Koh, market demand for such innovation is not only clear and present but also substantial and fast-growing.

“Companies may not label it as such, but climate change adaptation is what they’re paying for,” Koh said. “It’s one of the biggest macro trends in the global economy today.”

Koh points to utilities in California, the United States. In 2019, after Pacific Gas & Electric’s (PG&E) equipment sparked a series of wildfires, victims sued the company to bankruptcy. The other major California utility, Southern California Edison, is now budgeting USD1.2 billion annually on wildfire risk mitigation; a huge sum that Lightsmith has its eye on. The fund’s next investment, Koh says, should be in a yet-to-be-disclosed Indian provider of digital mapping software. The analytics it provides should help not only utilities such as PG&E reduce their risks but farmers and insurers, too.

Investment figures confirm that Lightsmith has few predecessors in trying to take advantage of the sea change it said is underway. In 2018, for example, climate finance amounted to more than USD600 billion globally. But with nearly all of that spent on mitigation (renewable energy, energy efficiency, among others), only five percent was invested in adaptation. And of that small portion, only about one percent came from the private sector.

New investment strategies generally have a tough time attracting money, and this is where the Asian Infrastructure Investment Bank (AIIB) has shown its worth. “Our partnership with Lightsmith fits very neatly with the thematic priorities of our corporate strategy,” says AIIB Senior Investment Officer Thomas Walenta. “These include not only investing in green, technology-enabled infrastructure, but also mobilizing private capital. We think the halo and branding of our institution will attract other investors into the fund alongside us.”

With the Bank as its strategic partner, the Lightsmith fund is able to scale up and deepen its focus on applications of these technologies for infrastructure. With AIIB as an anchor investor, the fund has reached USD125 million in signed commitments.

The blended finance structure Lightsmith has adopted, which includes a risk-absorbing “junior” layer of capital, should also help bring in other investors.

Lightsmith’s first investment was a USD16-million stake in the Malaysia subsidiary of a water harvesting technology company, SOURCE Global. The company makes solar-powered “hydropanels” that pull moisture from the air to produce renewable drinking water for households, businesses and entire communities. Each panel measures one by two meters and they don’t need to connect to any existing infrastructure, electrical, water or otherwise. The panels can function well in a dry climate, including the Sonoran Desert, where SOURCE Global is headquartered. 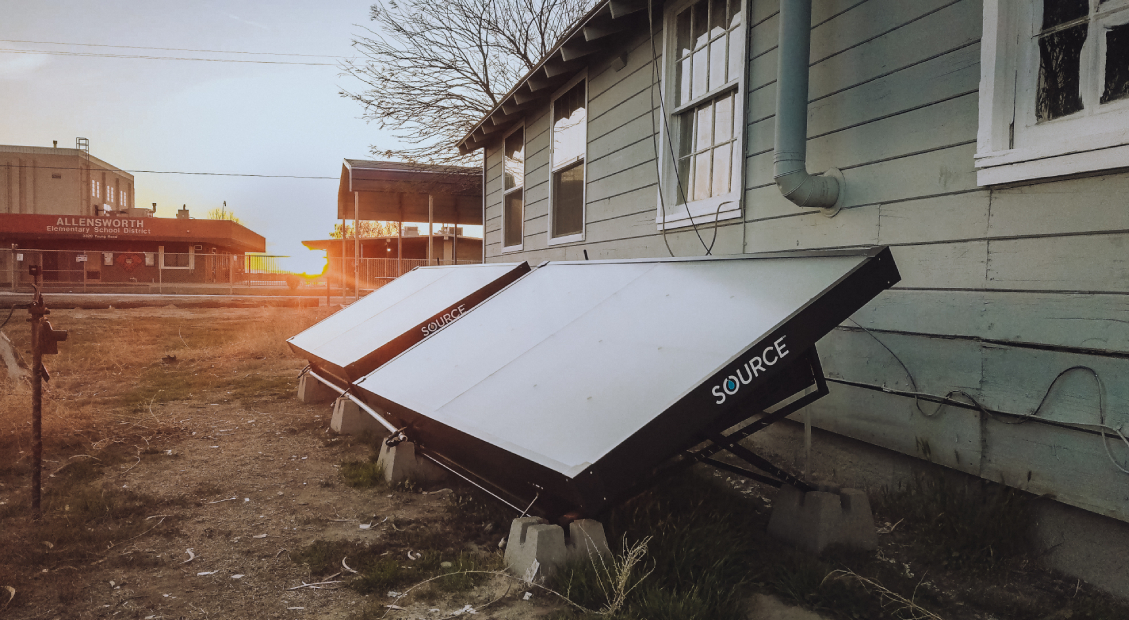 Solar panels, part of the water-from-air harvesting technology, a project in Timor-Leste funded by Lightsmith, a financing partner of AIIB
Photo © Source Global 2020

Using only sunlight and air, SOURCE Global’s products can serve as a reliable, resilient and affordable supply of clean drinking water to businesses and communities. To date, the company has worked with governments, nongovernment organizations and private corporations to install thousands of panels in some 50 countries around the world. One project, in the Timor-Leste island of Atauro, illustrates what a big difference they can make.

Atauro’s small population live in fishing villages scattered along the coast. These rely on rainwater stored in tanks and flowing down from the island’s interior to be caught in reservoirs. The water, however, is high in kidney stone-causing minerals and prone to contamination. Worse, the water runs out during Timor-Leste’s long dry season.

With lengthening dry seasons, due in part to climate change, Atauro’s reservoirs and storage tanks have been drying up earlier. This forces villagers, most often women, to walk long distances to remaining sources. Villagers also ship in polluting, single-use plastic bottles of water.

When all sources have dried up, Atauro’s communities are forced to relocate to the capital, Dili, 25 kilometers to the south, until the dry season ends. With its custodians away, the island’s rich marine life is then illegally plundered by people coming in from outside.

SOURCE Global installed 80 of its hydropanels in two villages in Atauro in 2018. Since then, more than half a million plastic water bottles have been saved. The villagers have been able to remain in their communities for the entire year‒to work, educate their children and protect the marine wildlife on which their livelihood depends. Most of all, they now have a reliable supply of clean drinking water that will be impervious to lengthening dry seasons.

“We were excited to have AIIB as our partner for an investment that showed beyond doubt that they are contributing much more than just capital,” said Wagle about SOURCE Global. Looking forward, two further synergies are also clear.

First, when Lightsmith’s invested enterprises expand, AIIB will be well-positioned to finance them directly. These companies, with technologies that can enable sustainable and resilient infrastructure, are exactly the kinds of companies that the Bank was set up to support.

Second, because the innovations of Lightsmith’s invested companies are beginning to scale up for global mass adoption, there will be clear benefits to incorporating these innovations into the many large infrastructure projects AIIB is financing around the world.

In other words, with AIIB by its side, it will not be long before technologies fostered by Lightsmith further climate change adaptation, reinforcing a much-neglected front in the efforts to address the biggest issue facing humanity.