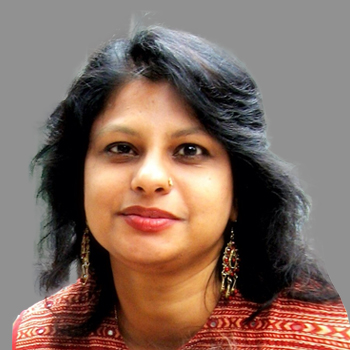 Director
Manisha SINHA (India)
Ms. Manisha Sinha is a Civil Servant and has been serving in various capacities in Government of India since 1992. Ms. Sinha has extensive experience of more than 30 years in a wide range of Ministries/ Departments handling critical areas in conceptualizing, designing, implementing and managing national policies and schemes. She has expertise in policies and functioning of the Multilateral Development Banks (MDBs), human resource management, change management and project management, and coordination of large-scale public-private partnerships with defined and measurable results. Currently, she holds the position of Additional Secretary, in the Department of Economic Affairs in the Ministry of Finance, Government of India, where she has been entrusted with the responsibilities for eight MDBs including Asian Infrastructure Investment Bank (AIIB), and for Currency and Coinage management of India, Cryptocurrency sector and the Administration of the Department of Economic Affairs. She also represents India at New Development Bank (NDB), and is an Executive Board Director in the International Fund for Agricultural Development (IFAD).

Previously, Ms. Sinha served in a variety of government capacities, including as Joint Secretray, Department of Economic Affairs, where she was actively involved with the MDBs including AIIB. She has also worked in areas of skill development, export promotion of textiles, heritage and culture and above all financial services.

Home About AIIB Governance Board of Directors Manisha SINHA