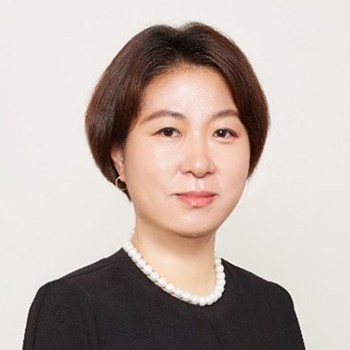 Director
Kyunghee KIM (Korea)
Ms. Kyunghee Kim was appointed as a member of the AIIB Board of Directors on March 12, 2022. Ms. Kim is the Director General of Development Finance at the Ministry of Economy and Finance of the Republic of Korea where she is in charge of multilateral and bilateral development cooperation. Prior to this role, she served as Director General at both the Budget Office and the Treasury Bureau of the Korean Ministry of Economy and Finance. She also has extensive experience in taxation, having served as a Director at the Korea Tax and Customs Office. She has bachelor's degrees in English literature and in law from Yonsei University, Seoul; and master’s degrees in law from the University of Minnesota, Twin Cities, and in public administration from Harvard University. She is a doctoral candidate in law at the Seoul National University.
Alternate Directors
Eyal MEDAN (Israel)
Advisors
Youngwook KOH (Korea)
Contact Information
constituency12@aiib.org

Home About AIIB Governance Board of Directors Kyunghee KIM