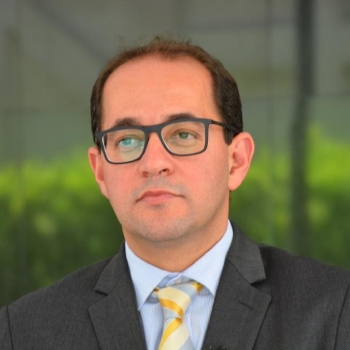 Director
Ahmed KOUCHOUK (Egypt)
Mr. Ahmed Kouchouk is Egypt’s Vice Minister of Finance for Fiscal Policies and Institutional Reform. He plays a leading role in designing and implementing Egypt’s macroeconomic policies and reforms, especially its fiscal and debt policies. He served as the government’s lead negotiator and focal point in discussions with the International Monetary Fund. Mr. Kouchouk supervises and oversees the work of various policy related units and departments at the Ministry of Finance including the Macro Fiscal unit, Debt Management unit, Public Private Partnership unit, Transparency and Citizen Engagement unit, Public Financial Management unit, and Institutional reform unit. He also leads Egypt’s inter-ministerial task force that manages the annual economic dialogue with the European Union. Furthermore, he leads and supervises several work streams at the Ministry of Finance, including engagement with international financial institutions and organizations, rating agencies, investment banks, and portfolio investors. He is currently a board member of the Arab African Investment Bank, Egypt National Academy for Training, and Egypt Air Holding Company.

Mr. Kouchouk is a professional economist and policy advisor with more than 18 years of applied experience. He served as a board member of the Central Bank of Egypt from 2016-2018. He was also a senior economist for the World Bank from 2013- 2016, Economic Advisor to the Minister of Finance and Director of the Macro Fiscal Unit from 2012‐2013, and Executive Manager of the Macro Fiscal Policy Unit at the Ministry of Finance from 2007‐2008 and 2010‐2012. He has an MA in public policy from the Harvard Kennedy School of Government, an MA in economics from the University of York in the United Kingdom, and a BS in economics from the American University in Cairo.
Alternate Directors
Martin TABI (Canada)
Advisors
Alaa ABDEL-RAHMAN (Egypt)
Daniel KOLDYK (Canada)
Nawal LAMMARI (Algeria)
Mohamed Bashar MOHAMED (Sudan)
Contact Information
constituency6@aiib.org

Home About AIIB Governance Board of Directors Ahmed KOUCHOUK